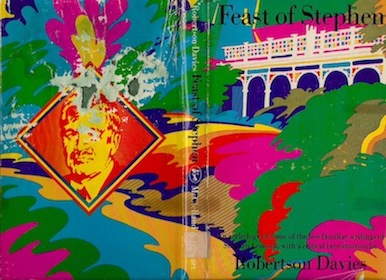 Regrets? I've had a few. Just last week I passed on a fine Macmillan first edition of Bernard Epps' Pilgarlic the Death that was priced at two dollars. Why? Well, I already had the 1980 Quadrant Edition... and I wasn't thinking straight. Don't get me wrong, I pretty happy to have this:

But I could've also had this:

I don't know that Victor Moscoso or Stanley Mouse had anything to do with that early cover, but they certainly deserve some credit. From the Summer of Love through the first dozen seasons that followed, Macmillan and rival McClelland & Stewart look to have been caught up in a psychedelic grove that embraced the most unlikely of authors. 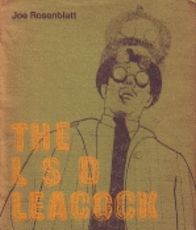 I'm thinking here of old folks like Stephen Leacock, social conservative and staunch Conservative, who died thirteen years before the word "psychedelic" was even coined. I've said it before and I'll say it again, the David John Shaw cover above looks like it might've graced Joe Rosenblatt's The LSD Leacock (Toronto: Coach House, 1966).

Even writings about Leacock bring the Merry Pranksters to mind. 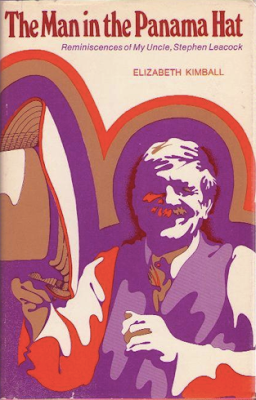 I don't mean to suggest that our two big publishers were unique, rather that they were more hip than their American and British counterparts. Just cast your glazed gaze upon the McClelland and Stewart edition of Farley Mowat's 1969 The Boat Who Wouldn't Float 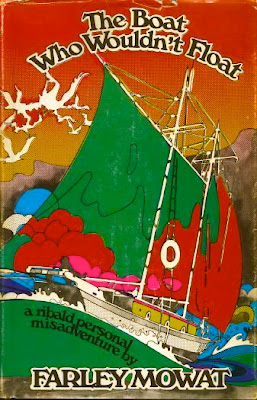 ...and compare it to the first American edition from Little, Brown 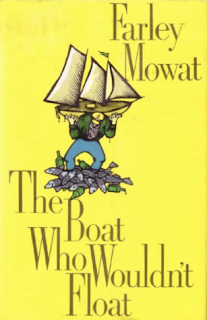 ...and the staid first British edition, published by Heinemann in swinging London. Next to Pilgarlic the Death, my favourite cover of those heady times was drawn by an anonymous hand for Gérard Bessette's Incubation (Macmillan, 1967). 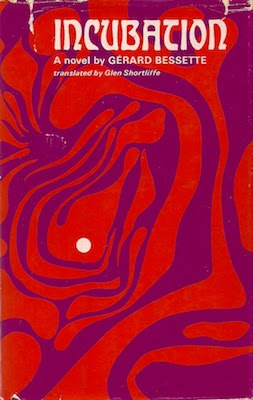 But I don't think there's a greater example of this short-lived trend than McClelland & Stewart's 1969 cover for Never Sleep Three in a Bed, Max Braithwaite's boyhood memoir. Here we see the author's father, George Braithwaite, driving the family car into Pepperland. 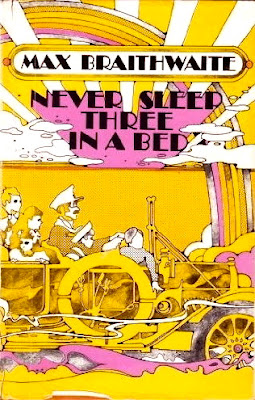 That sun on the cover is setting. The new day and new decade would be less colourful. Macmillan was still capable creativity, while M&S decended into what I refer to as "The Letraset Years" 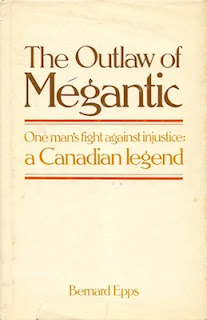